Posted on August 2, 2013 by Slavka Sverakova

In the gallery handout Graham described it thus:

“An ironwork frame built in exact proportion to the original bleachers watchtowers stands outlined against the sky. Drawn in metal, standing sentinel the structure gradually rusting, disintegrating whilst the linen membrane holds the inner space inhabited by the watchman, a mere three feet in diameter. Images swirl around the linen walls, slightly obscured with paint. All the time rhythms merge in and out overlaid by disembodied voices, the sounds of lost industry and engagement; non linear fragments of conversations remembered and the regular repetitive rhythm of scutching and the loom lend a meditative quality to the act of doing; freeing the mind to think more deeply.”

After I visited the gallery the artist kindly collaborated on the following virtual conversation by email.

Slavka:  I have not listened to the whole sound track, only a sample,  however, you telling me that the beginning mimes a sound of a  loom  is a sign  that I missed something important.

Still, the stitches, the perfect stretch of the linen, the choice of natural hue, whispers of darker tone of the images – all that works very well and  I did not miss the sound (!). Instead,  I was wondering what gave you the overall shape? I did not know about the bleachers’ watchtowers. This shape appeared in medieval paintings and manuscripts illuminations, as a shelter. Recently, in a similarly shaped wooden ‘tower’,  Mary Morgan installed her photographs  at the Golden Thread Gallery (see my post A Passing Breeze). It also reminds me of capsule made to save the thirty three Chilian miners in 2010. Roman Ondak(Slovak artist b 1966) exhibited an exact replica, tarnished, battered, scraped and stained, at the Modern Art, Oxford, 2011.

So, in a transfer, its meanings include a wish to tell unknown others in the universe  about a loss and a rescue.

Laura Graham:  In a way, that is the sense I wish to evoke, playing with the microcosm/macrocosm dynamic, considering the seed, the flax seed/linen seed, its present day importance as a profound healer, its accepted industrial past. There are many layers present working on different levels. The structure, wrought in iron, and destined to rust and decay is a drawing in steel of the watchmen towers that were used to watch over the bleaching greens.

The structures look like little medieval stone towers, or little stone rockets, depending on your myth. Again, myth making, memory, rhythm, turning hard work into gold- the stories of Rumplestiltskin, Rapunzel, the industry and community. I tried to bring those elements to the drawings, whitewashing them, a mirroring of the process of bleaching linen  – and the whitewash of eulogy and nostalgia- disguising the true loss to us all.

Slavka:  Even without the soundtrack, the visual, tactile values succeed in making the object complete and finished and generous with meanings. What is the sound’s role ?

Laura Graham: The sound piece begins with a multi- layered monologue. The effect of 6 six times layering suggests loom sounds with the human voice- well, this is what I have tried to create, for as each layer is overlaid a couple of seconds later, the rhythm is implicit and embodied. The layering continues as I recreate sounds of industry no longer present from single recordings; ending eventually in the sound of one vibration, a ringing bowl. This, I hope may evoke a sense of what we have lost- as the sound dwindles to nothing.

In the development of this work, I began after recording a master weaver at work. It followed on from a sound installation I had created using mantra- where I layered sound and played it back in canon by using two different speaker systems. The effect was hypnotic. The repetitive, regular sound washed in waves over the audience and it really felt like an immersive installation.

Slavka: The sample I heard was barely audible, and only inside the ‘watchtower’, indeed making me think of a calm of being in a sort of paraphrase of Kundera’s Lightness of Being, grounded in the contentment of having a skill that sustained it – weaving. It evoked feelings of privacy and security, here and now.

Laura Graham:  After I heard the looms, I felt a similar response. I felt relaxed, happy, contented, almost wholesome. Strange, and difficult to explain, but at the same time there was this calmness about the man I spoke to. It struck me that there is a soothing quality to working with ones hands, but also to be in the vicinity of industry is pleasing and it seems to rub off on those around- much like Brownian motion- as we all begin to resonate at the same frequency. This interests me.

Slavka:  What are the printed images of? 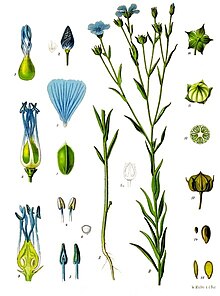 Laura Graham: As I researched further, the information I came across on flax and linen was humbling. What a plant! There are eight spiritual purposes for the plant, not least that it is considered a preventative and curative of cancer- discovered by a German doctor in the 1950’s- Dr Johanna Budwig-and visual values are elegantly allowed to be.