It is about Garoglio’s obsession with sculpture by Medardo Rosso ( 1858-1928), this time mostly with

Garoglio worked with variants of both the above from a private collection in Milan. 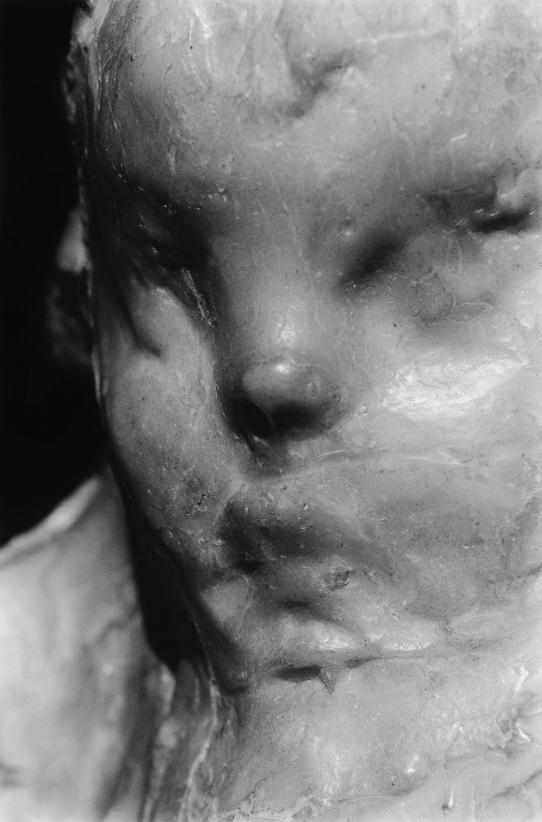 In his essay  Lumen and Lux  Pino Mantovani  points to Rosso’s collection of originals,  copies, copies of copies, and his ” original copies”, i.e. variations of his own sculpture as a sympathetic expansion of limited iconography, which zoomed on feeling and dramatic component in modelling, as justification of Garoglio’s devotion to Rosso’s sculptures since 2008.

And, moreover, it was right Medardo Rosso who had interpreted the understanding of art both as a compromise and as a compromising relaunch. His curious collections mixing originals and copies, copies of copies and “original copies” are proof of this; repetition through variations of his own works, which are never reproduced mechanically but always undergo critically active interpretation and bear an even aggressive personal mark; the use of photography for orienting, putting into relation, and stimulating sculpturally processed shapes…(page 8

Mantovani writes valiantly about differences between the subject and the lens base Garoglio’ prints. Where Rosso prefers white and black, Garoglio goes for hot earth hues, where the touch of fingers models fluently continuous whole, Garoglio zooms on  details.

” Angelo stresses the mysterious essence of the image “exaggerating” the impact of light on the uneven surfaces, focusing on the lumen, “the energy radiated on the bodies reflecting it ”(Gino Gorza), to achieve a “thingness” that is kind of absolute, noun-like in all respects, and therefore “unnatural””(page 11)

Mantovani offers similarities and differences as both binding  and dividing the art of Garoglio from that of Rosso, focusing on the intensity of repeat and light.

The second essay by Enzo Restagno, Medardo Rosso and serial art, includes a kind of definition of  concept of art, developed from  Rosso’s  statement concerning the force of a source:

“”I like drinking water while it is flowing from the source. When I see it in a bottle it has already lost all its fresh appeal”. It will be right the multiplicity of moments experienced by a single subject that will turn Medardo Rosso into what we could now call a “serial” artist. He repeatedly goes back to his models, slightly altering them, and uses unusual materials to add flxibility to the process. He then pours a coat of wax onto the plaster fiures, which makes them seem close, yet lost in a metaphysic distance. Thy are before us, wrapped in amber light that enhances some details while blurring others, like a patina built up by time to keep the image beyond our grasp.”(page 17)

the implicit suggestions of Rosso’s lesson have been brilliantly identified by Garoglio, probably by relying on an elective affinity involving matter contemplation and manipulation. Each of his shots is the outcome of long time spent passionately observing the items , and every single one succeeds in finding the points from which a new vibrating wave will originate.

Both writers seek justification for Garoglio’s interpretation as art.  Not surprisingly, artists often visually interpreted other artist’s work, perhaps the most notorious example is Picasso’s intense  multitude of paintings of Velasquez’s Las Meninas.

Garoglio does not map Rosso’s sculpture into another sculpture, instead he invents numerous angles of viewing using a lens to record the results, as the diagram below illustrates.  Consequently, the art of seeing, looking,  and viewing  in time and space  is his call for creativity, to paraphrase Rosso.

Photographers do not shy away from the conflict between documenting what is seen and  the singular, internal and contemplative experience of looking at a work of art. The  subject is then the way aesthetic -and perhaps poetic- means operate on the uncertainty which of the interpretations is better than the others. Wittgenstein’s pessimism notwithstanding( i.e. “interpretations hang in the air) our fate is not to know how shared our knowledge/feeling may be. Poetic experience is an interaction with barely knowing of the delicate perception often burned away by the “torch” of conscious attention. Unless you can view things  like  Garoglio or the Finnish photographer  Puranen:

Unexplored views conserve their dark energy and preserve the rich unknown when the light deliberately abandons the whole: 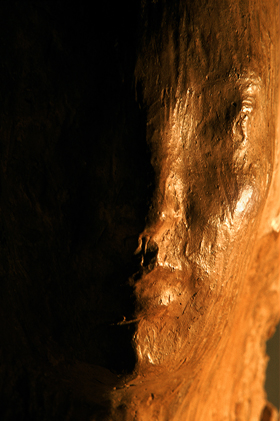 The dark part remains under everyone threshold of attention until the lit up part primes the  viewer to accept what must be rationally expected.  Priming as a cognitive concept allows us to fill in that which we do not perceive. However, this high level of reasoning affects our engagement with the visible, as in Andrew Steele’s Red Moon here. 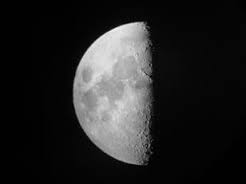 Garoglio is involved in lens mediated interpretations. They happen in time and unfold a contest between every shot. Each subsequent view corrects and disqualifies the other contenders. Yet, we can hold several meanings in mind simultaneously when viewing a work of art. Garoglio plays the lens with its certainty what is lit up and visible, against our ambiguous and uncertain judgements.

The  above contrast raises attention and emergent consciousness, the eye notices something odd. Looking at Garoglio’s photographs is not a smooth process. They offer a respite from the constraints of daily logic – that art can do that is a miraculous experience.

Subtle effects working below the threshold of perception are crucial to the experience of  art.  It is only possible when we are oblivious to the logical conflicts in tolerating irresolution, when we are not aware of our proficiency to accommodate the conflicting feelings. It brings me to a 16th C concept sprezattura  –  ability to make difficult things look effortless.