The ribbon window of the gallery on second floor of this modernist building offered picturesque view over Belfast and light and calm to envelope O’Connell’s   paintings. A gentle host to the unleashed passion for the modernist idiom. Yet, it made me think of Tintoretto in the Scuola di San Rocco in Venice, “San Rocco in prison visited by an angel” (1567) – minus the visual noise.

The baroque painter developed exquisite mastery of irrational lighting.  He gave it a poetic role to disconnect what is connected in the real world. Disembodied  by light and dark the anatomy  became a tool for passionate astonishment. 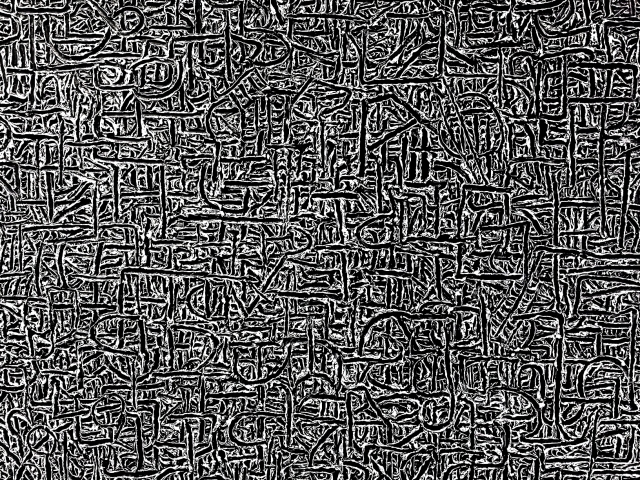 White as the highest light and black as its absence govern several of the all over  paintings O’Connell presented.  I shall come back to his attachment to other hues.

On one hand these illegible messages look like painting. On the other the white and black layers are disembodied by a sharp end of a tool that ploughs the field unearthing the first layer, in a manner an artist could work out a low relief.  Taking away is appropriate to sculpting, before Modernism developed abstraction.  Piet Mondrian applied almost clinical rationality to subtraction  in the painting  kept at the GementeMuseum Den Haag, the 1911  Grey Tree. 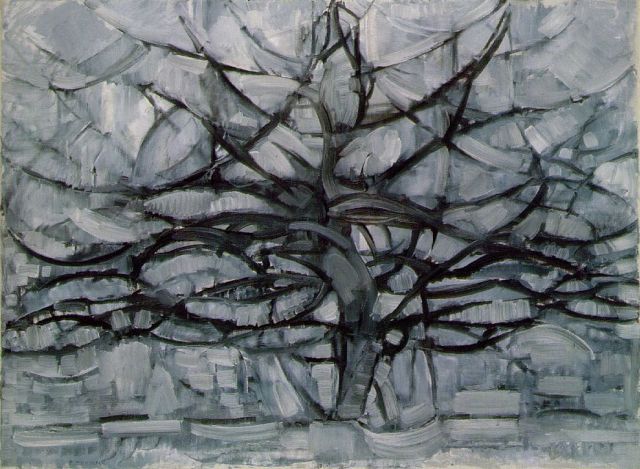 O’Connoll, however,  sides with Robert Motherwell who praised Clifford Still  for not working through images.  The painted surface is the image – a kind of tautology aspiring at becoming an image.

In many of the displayed paintings there are added small canvases painted in calmed manner with one hue.

Reminiscent of Clifford Stills cry: “It is intolerable to be stopped by a frame edge” O’Connell admits a need to tame the sensuous irrationality of the “carved” surfaces by the obedience of each hue  to be a good, minimalist, steadying, grounding area.

The carpet on the floor unwittingly, and less successfully, echoes that aim.  The larger paintings abandoned the neurotic baroque altogether. The high hysteria of emotion  is thus only on the smaller formats – adding the feel for private  contemplation.

Minimalist billboard scale examines the power of hard edge geometry  so softly used in the extensions of the smaller paintings.

Sentenced to  find home in public spaces, they are immaculate and confident.  The grey and black harks back to the light/dark play flipping the surface out of rationally measurable space.  A quite lovely break towards a play.

The discipline of modernism has its rewards when it offers soothing co-existence.

There is a renewed interest in this kind of painting – see http://www.simpleabstract.com in particular the S2A Group. (They list an artist from Ireland: Carol Diver)

The contrast of painted and unpainted, dark and light, do not preclude the poetic role of present and absent parts of what in a viewing conditions becomes an image.    It is different from  “working through images”( Robert Motherwell) in that it works so that the viewer can form and carry its image as one whole.  So -working for an image?

O’Connell has explored the various stages of ” working – for – an- image”  for some time, without leaning on Minimalism.  I have in mind his installation at Platform Arts 2012, namely the sculpture made of keys…   ( see Jason Higgins photograph on adrianoconnell.com/ Off Limits – Belfast Project)

The fascination with repetitive occurrence of similar but different visible “objects”  seeped through  from those keys to these paintings  made during the  2015 – 2016/17 -. 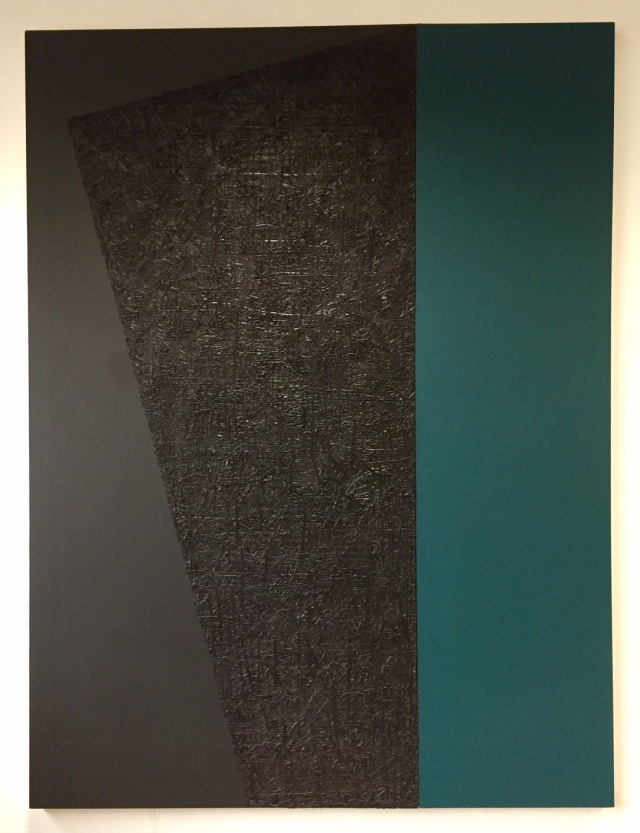 The tonality of hues often whispers only about light and dark, thus being nowhere near the  Tintoretto’s drama of the belief in the extra-celestial beings.  Yet, the tenor of all O’Connell’s paintings  is an invitation to believe.   The low reliefs look like frozen Jackson Pollock  as well as like incomprehensible appropriation of the universe.

Stubborn to tell me more these paintings demand free fall imagination, they make that visible.