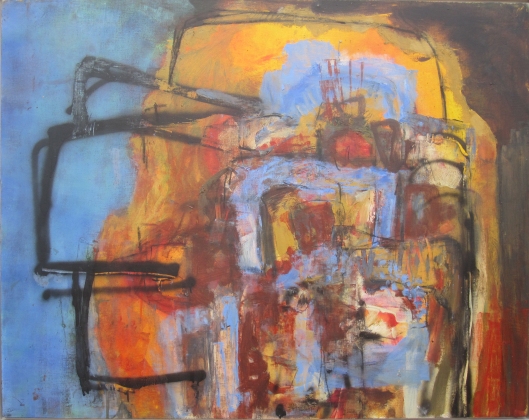 To meet the word on its own terms,  to meet the world on its own terms is  an art immensely rewarding yet immensely difficult.  The title of this painting  has a letter R whereas the name of the site known for climbing  has an “L”.  When both harbour their confidence to be its names, I have to admit both. And accept that I shall not know the reason for that difference.  I looked up what the climbers publish about this rock:

Rockfax Description
18m. Perhaps Almscliff’s most famous classic. The steep corner leads to the roof and a large spike, traverse left into an exposed position and pull into a short crack with difficulty (hidden holds?). From a rest on the uncomfortable pedestal, finish up a short crack or, MUCH better, head right up the jamming crack on Western Front – the icing on the cake. Be aware of rope drag problems. © Rockfax

UKC Logbook Description
Climb the corner below the overhang till it is possible to take the horizontal break on the left. Follow this till it is possible to climb up into the niche at the end (cramped rest). Then decide either to climb up the original awkward crack above and slightly left or much better climb ‘The Five Star Finish’, which takes the steep crack up and out right in a magnificent position (https://www.ukclimbing.com/logbook/c.php?i=73)

In Shipsides painting the colours and shapes are expressive of the mass rather than a portrait of a site, somewhat in agreement with  Charles Olson who wrote:“Art does not seek to describe but to enact.” (1951, Human universe).  Indeed, this image is saturated  with, and seeps out, energy needed to perform.  Performing may  appear as being. In a close up.

Whereas, a socio- political protest  is deliberately public, not a private experience.

A large scale text a 40m x 14m  made from plastic sheeting pegged out on the hillside above Belfast was a response to city councillors being outraged by a copy of Vacuum and demanding apology.(http://www.danshipsides.com/DshipsidesWeb/sorry.html)

The relationship between the people on opposite side of the dispute is what defined this image. As Olson wrote:  relationship  is what defines that forest is a forest, especially in an era when we have ceased to meet one another as whole persons and instead  collide  as fragments. (op.cit)

The exhibits  in the current display at Fenderesky  were made in a number of materials and  techniques :  weaving, word piece, watercolours, drawings, photography, paintings, collage, etching,  recycling and assemblage.  Their sizes vary from a badge like to a large construction. In 2000  Shipsides memorably was commissioned to make exquisite bamboo facade in Dublin when he won the Nissan Art Award IMMA (Bamboo Support) Dublin. A visitor waiting for a taxi to the airport  on the opposite pavement  next to me remarked: ” … beautiful – the reason to come to Dublin. ” I shared that before… and now  with a private regret that it is no more.

This exhibition as a whole is not a whole … the space  struggles to accommodate  the angles of viewing, while   not  able to command similar power  over a whole  it privileges  individual exhibits one by one.   Harvesting their seductive power to share with me in luminous solitude, they are approximations of some older memes and experiences, as if the obeys Sol Le Witt’s dictum

art makes order from chaos /clarity from obscurity/ something from nothing

(sometimes nothing from something)

Armscliff  painting next to the window seen through an aperture in the largest exhibit, one of 6  of the Shipsides&Beggs Projects

Detail through hole in the Téléphérique Stations of the Somme Summit Cross, Mixed media Dan Shipsides / Shipsides and Beggs Projects, 2016-2018

I hasten to point out differences: Shipsides executes the object himself, elegantly careful, measured, every aspect considered. It may appear as a meme – but sincerely distant. The significance of the similarity I raised above lies deep in Plato’s Timaeus, patiently making a list of similarities and differences as the way Demiurg created the universe.  In this context the “measure of things” is the defining quality. It is not a thoughtless decision to  position measure/ “moira” at the centre of being. Shipsides’s aesthetics differs from Sol Le Witt for its closeness to experience of making, of knowing, of being with the process all the way. It is intensely personal, like Egon Schiele’s. Different subject, similar dedication to art as living thing, not  a box of treasures.

Shipsides shares authorship with Neal Beggs in  Shipsides & Beggs Projects.  The one below bears the title Telepherique  Stations of the Somme Summit Cross , 2016 -2018.

Reminds me of Panamarenko ( real name Henri van Hervegen, b 1940, Antverp) who  has made hovering constructions, flying rucksacks, helicopters with pedals, airships, may beetles, submarines and walking chickens. Assemblages.

Obsessed with flying Panamarenko observed insect and birds…  Shipsides metamorphoses   climbing into   visual art  mostly via performance or impossible objects, but also through a kind of souvenirs – memories of climbing  experience evoked by the lens, sound, moving image or any other  combination of techniques. 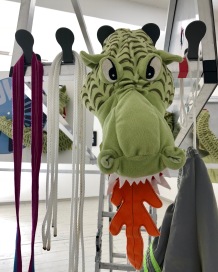 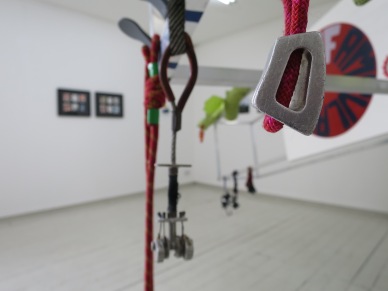 Several of the items were used in climbing before they appeared in this assemblage, becoming visualised memes.  This one  above reminds me of medieval gargoyles spouting  rain water. 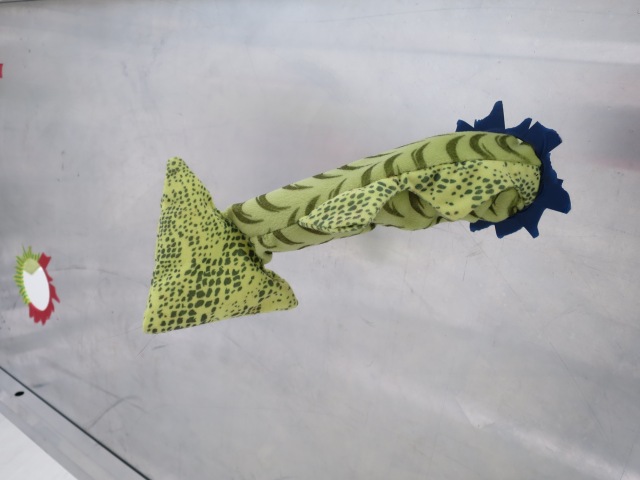 Incongruous, bizarre, playful, the spatial object ticks some points on the Wikipedia definition of  Grotesque: 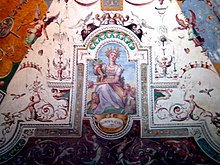 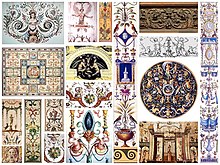 Since at least the 18th century (in French and German as well as English), grotesque (or grottoesque) has come to be used as a general adjective for the strange, mysterious, magnificent, fantastic, hideous, ugly, incongruous, unpleasant, or disgusting, and thus is often used to describe weird shapes and distorted forms such as Halloween masks. In art, performance, and literature, however, grotesque may also refer to something that simultaneously invokes in an audience a feeling of uncomfortable bizarreness as

Shipsides assemblage  is incongruous in the way children’s phantasy is,  strange in the way it combines ordinary (the ladder) with weird (signing the right angled frame as UVF ambulance).  Bizarre in the way it presents precision ( circular opening) next to a soft toy.  As a whole – it avoids the other possibilities  ( pitty, disgust, hideousness) in favour of a comfortable materialisation of dionysian impulse.

Making thoughts visual is central to Shipsides practice, although on occasions he adds sound, sensitively, organically connected to the matter that produce it. In that sense he adds an element of life to that Sol Le Witt’s limerick. 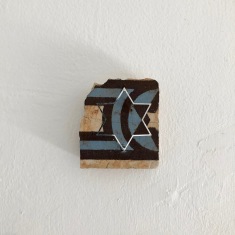 Even his “stars” have an organic feels – the surface carries its own history made visible, a strategy similar to a climbing route  marked on the photograph of a mountain’s face as in 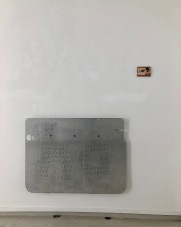 Meticulous attention to clarity of  secrets governs Shipsides attention to meaningful details. It is not a narrative detail like in the art of the late 19th C. It is akin poetry, poetic trope  that gives the syllable a particular rhythm – in visual terms the gaps between marks.  Visible clearly on both panels.

Both the  number of apertures and shapes  are given differences  both how many in the line, where, and in what relationship to the whole.

Two hands in knitted gloves  applauding ? Frozen in the open state  enabling to become a crown of a tree. And more.

Similar verism governs the drawings or enamel paint on etched aluminium as it fills the frame from edge to edge. The pattern is obtained via dada strategy, from asking hues  to marshall an order out of  play with letters reluctant to offer of meaning.

Shipsides art is sensitively taylored to truth of lived experience. It engages  aesthetic categories to define sincerity: his beauty is striving for perfect labour with a touch  of a play; his comic avoids satire, sarcasm and parody and stays open to phantasy. His sublime is measured, born out of climber’s respect for nature. His tragic is hidden  deep  under the inevitable.